One hundred years ago today, at 11:00 a.m., November 11, 1918, the Great War (World War I) came to an end as the fighting on the Western Front (northern France) ended the hostilities with the signing of the armistice (cease-fire). The Treaty of  Versailles, officially ending the war, wouldn’t be signed until June 28, 1919. The more than four years of fighting resulted in the highest number of civilian and military casualties ever recorded and continues to reverberate our history still to this day.

More than 62 million men were mobilized to fight the war (voluntary or conscription) with 20 million civilian and military killed and another 21 million wounded. Author’s Note: These figures do not include the political turmoil in Russia (Bolshevik revolution) nor the Armenian Genocide within the Ottoman Empire. They do not include fatalities from the Spanish Flu pandemic of 1918. 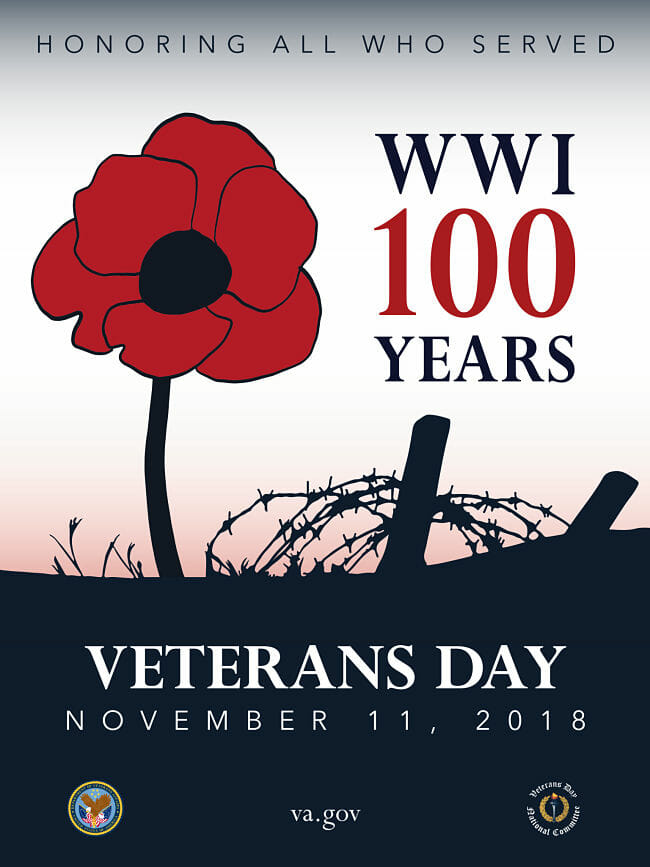 The Allied powers determined that the armistice would take effect on the Eleventh hour of the Eleventh day of the Eleventh month. The armistice between the United Kingdom and The Commonwealth, France, Belgium, Italy, the United States (Allies) and Germany was signed at approximately 5:00 a.m. on November 11, 1918. It was to take effect at 11:00 a.m., in order to give all belligerents time to notify all military commanders to cease all hostilities.

Armistice Day is observed as such throughout the world. In the United States it is known as Veteran’s Day in honor of all person’s who served in the military services. In the United Kingdom, Canada, Australia, New Zealand, South Africa, and all Commonwealth countries and realms, it is known as Remembrance Day to recall the sacrifice paid by all World War I military and all those of subsequent wars since.

In the above image, then-U.S. President Barack Obama honors O Joe Medicine Crow with a medal in honor of his service on Veteran’s Day. The ceremony took place in the White House.

The photograph above His Royal Highness Prince William, Duke of Cambridge and his wife, Catherine, Duchess of Cambridge, honor war dead during a service of remembrance in Australia.

The Fields of Poppies

In 1918, U.S. humanitarian, Moina Michael, wrote: “And now the Torch and Poppy Red, we wear in honor of our dead.” This signaled the start of a public campaign to designate the red poppy as a tribute to the soldiers killed during World War I. She was inspired to write the above sentiment after she read the poem, “In Flanders Fields” by John McCrae.

In Flanders fields the poppies blow

Between the crosses, row on row,

That mark our place; and in the sky

Scarce heard amid the guns below.

We are the Dead. Short days ago

Loved and were loved, and now we lie,

Take up our quarrel with the foe:

To you from failing hands we throw

The torch, be yours to hold it high.

If ye break faith with us who die

We shall not sleep, though poppies grow

John McCrae was the son of Scottish immigrants and born in Guelph, Ontario, Canada in 1872. In May, 1915, he was serving as a physician in the Royal Canadian Army Medical Corps in Flanders, Belgium. On May 2, Lieutenant Alexis Helmer, a Canadian field artillery officer and a friend of McCrae, was killed in the Second Battle of Ypres. Shortly afterwards, McCrae wrote the above poem in memory of his friend and honoring all the war dead.

The poem was first published on December 8, 1915, in London, UK, in the satirical magazine Punch. It was immediately popular as a fitting tribute and was widely circulated. 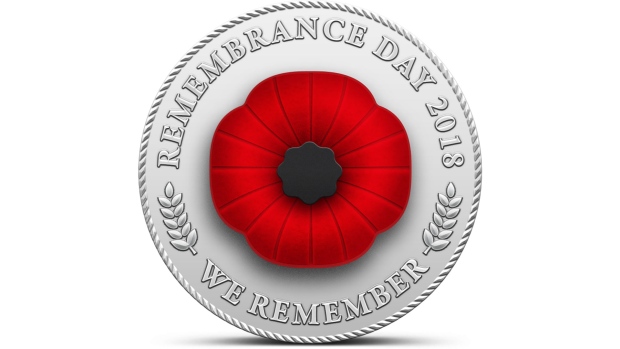 The poppy is a wildflower that quickly colonized the ploughed fields in the abundant agricultural regions of Flanders (Belgium) and northern France. Known for its remarkable ability to thrive in disturbed soil, it often was among the first vegetation to add color to the war-torn and heavily shelled battlefields of this area along the Western Front. Due to the necessity of hastily burial of the dead, it was often the only flower available to adorn the graves of fallen soldiers. It quickly was adopted as a symbol of remembrance.

Since the inception of the British Legion (now the Royal British Legion) in 1921, it features the red poppy as a symbol. This was the first year that poppies were sold in the UK to benefit the Earl Haig Fund in support of families of deceased service members and of disabled ex-servicemen. In 1922, the Royal British Legion founded a factory to commercially produce poppies and staffed it entirely by wounded and disabled servicemen. It continues to operate this factory today.

The remembrance day traditions observed in the UK were rapidly followed throughout the Commonwealth. As World War I was a global conflict, every area of the Commonwealth was affected and suffered casualties. For some entities, the survival and care of the wounded was a new phenomenon following the British model was simpler than trying to develop their own.

Following the British paradigm, the American Legion was organized and adopted the red poppy and its sale on Veteran’s Day. In the USA, the symbolism of the poppy declined after the Second World War. With the centennial observances, the poppy use has seen a revival and in 2017, the American Legion renewed its commitment to utilize the poppy in commemorating the war dead.

I’ve written here previously of a new class that I’m teaching this year through my university’s School of Interdisciplinary Studies that is focused on the Armistice centennial and the continuing effects of World War I on our current lives. To read the previous post, please click here. A project that was assigned to the students was to create a visual display of what they perceive to be the most serious legacy of World War I today. To prepare the rest of the undergraduate student body for this visual presentation, on November 1, the university created a “Wall of Poppies” to generate interest and enthusiasm for the projects as well as commemorating the centennial of the Armistice.

In retrospect, the Great War (World War I) was often known as “the war to end all wars.” Rather than end the necessity of war forever, it has instead birthed a series of wars that are still being fought today throughout the world. We would do well to remember that lesson today in order not to repeat our mistakes – again.