Naked hugs! Yesterday, January 3, 2019, was a very special day for my friend, Jay, and myself. It was the tenth anniversary of the day that we met and for the both of us it seems as though we were the best of friends from the first moment that we met. For those reading here, I’ve written several posts on the circumstances surrounding our first meeting and its aftermath that were posted here last year. In case you missed those posts, I’m offering those links below.

These will give you background on the very unusual meeting that Jay and I shared. Click the titles to connect directly to the posts:

Jay and I are breathing and living proof that the above logo (theme) is definitely applicable and true when it comes to making new friends. This is also a reason for anyone curious about clothes-free living should try being a bare practitioner (naturist or nudist). The individuals involved aren’t concerned with “dressing to impress.” We’re completely relaxed and comfortable with letting others see us naturally.

Aside from our mutual appreciation of one another as fellow bare practitioners (naturist or nudist), we are both same gender loving men. Those two aspects were enough to warrant friendship between us. The simple fact that we are both also bibliophiles and shared tastes in particular authors and their writing style strengthened the bonds between us.

Despite the fact that soon after we met, Jay moved away from the Washington, D.C., metropolitan area, we have remained true friends keeping connected via texts and emails and visiting one another at least twice a year. For some unusual reason, Jay is wild crazy about the Washington club scene and when he visits, he “drags and gags” Aaron, my spouse, and I with him.

I fully understand his fondness for the area’s bare bisexual and gay life. This area has always embraced the man-to-man naturist/nudist social life since my arrival here as a university student. The many opportunities for bare practicing socialization have been exceptional for a number of years since the widespread emergence of the same gender loving (gay) nudist popularity in the early 1980’s. Usually, there are several social nudity functions happening every month throughout the year.

As a matter of fact, Jay and I both initially met and became acquainted at such an event on January 3, 2009. Our growing bare friendship was precisely how Aaron (my spouse) and I first met and began dating a year later (Jay officially introduced us to one another). Personally, the prevalent bisexual and gay socially nudist opportunities have been responsible for a number of positive relationships in my own life. Jay constantly reminds me of the benefits of being a bare practitioner and living in the Washington, D.C., metropolitan area. When I respond with the question: “Then why did you move away?” The answer is forever the same: more money.

When my father died this past November, Aaron emailed the news to Jay. He responded with an email of condolence to me and asked that I email him upon my return to the USA. When we returned home from Greece, as requested, I contacted Jay.

He wanted to come visit us over the winter holidays after we had some time to grieve for my father. He had learned of a new book through the Ellen Degeneres Show on television and wanted the three of us to read it together. He avoided revealing any information about the book beforehand and said that it was a surprise to “cheer us up.” Of course we both agreed to his visit with the caveat that he accompany us early Christmas morning to serve breakfast at a local homeless shelter. He eagerly accepted our condition. He arrived at Washington, D.C. National Airport (I know it has been renamed but that’s another post for yet another time) on December 23. On the way to our condominium, while I drove, he gave us each our own copy of the book. 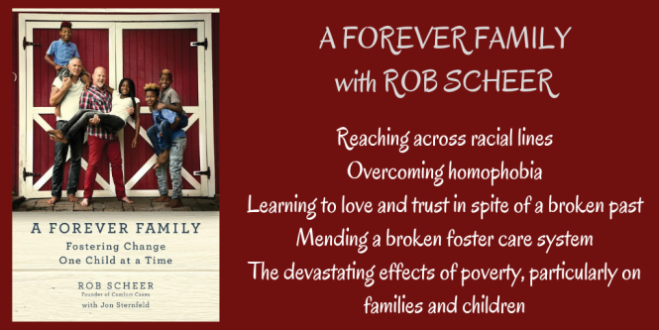 The image above is the book’s cover along with a synopsis of the content. I’d read something about the book when it was first published in November of this year. In the hectic weeks following my father’s death, I had simply forgotten all about it. This was absolutely the sort of distraction that I needed to persevere through all the holiday madness and sadness.

Over the years, Jay and I had developed a pattern to reading books together. We’d read to a certain point and then discuss. The read more and discuss. This pattern repeated itself until we were finished with the book. Since he moved away from the area, we had continued this custom by emailing questions to one another.

As Aaron had to work evenings and wouldn’t be able to participate in discussions, on Jay’s first night in our home, over dinner we divided the book into “must read” sections by chapter numbers so that we’d all know how far into the book’s content we needed to be each morning of Jay’s visit. This allowed each of us to pace our reading according to the predetermined schedule.

A Forever Family: Fostering Change One Child at a Time is the initial book written by Rob Scheer and, as the above synopsis indicates, tells the story of the author and his troubled past being in the foster care system and being gay. It also continues with his overcoming addictions, finally finding happiness with his current husband and their navigating the foster care system in Washington, D.C., USA, to build their own family. This experience took place before the era of Barack Obama’s presidency and the implementation of marriage equality throughout the land.

Marriage equality in the USA didn’t automatically extend acceptance and permission for gay adoptions. That became a secondary battle that continues to this day. However, it did open doors and that’s where Rob Scheer’s book resumes he and his spouse’s story. Their struggle was, fortunately, successful and they now have a family of four children and themselves.

The book shares more than their story and challenges as a same gender loving male couple and building a family through the adoption process. It is also sharing the story of their children and the obstacles each one of them overcame. It is a story of survival against the odds and of the triumph of love. It is both heartbreaking and inspirational. It does show that the human capacity to both give and receive love enriches lives and changes futures.

During our discussion after completely reading  A Forever Family: Fostering Change One Child at a Time, Aaron, Jay and myself were all remarkably impressed with the fact that even through all their trials and tribulations on building their family, the author, Rob Scheer and his partner never lost hope in what they wanted to accomplish. Their goal was to make a family and that’s precisely what they did. They believed in themselves and that belief was conveyed to their children and and shared with all those they encountered.

Jay’s choice of this particular book was based on the fact of his growing up within the U.S. foster care system and his first-hand perspective of its strengths and obvious weaknesses. The issue of gay adoptions was secondary and because the subject concerned gay fatherhood and the recent death of my own father made him pay close attention to the Ellen Degeneres Show feature. He decided then to purchase the books and fly east to visit and console.

Jay’s last night staying with us had all three of us sitting around after dinner, book in hand and sipping wine. This was unusual as Aaron had to work every night that Jay stayed with us. During the winter holidays, it was difficult to get someone to work in his place.

Jay opened the discussion by referring to Rob Sheer’s observation that the U. S. foster care system (the process where children unable to care for themselves became wards of the state) was broken and dysfunctional and in need of major overhaul and reform. In his (Jay’s opinion, it is flawed and no longer serves the vulnerable population it is designed to protect.

We all agreed with this assessment and expressed our varying opinions on the author’s recommendations for completely redirecting the mission and goals for improving services for youth who are unable to remain in the custody of their biological family or their natural parent(s).

We may have disagreed among ourselves on how to restore the foster care system in this country, however we all three agreed that one of the important messages of the book. That theme being that it is imperative that each one of us get involved in changing the views and perspectives of the system. The author, Rob Sheer, has done this through creating his own support charity, Comfort Cases. This charity is designed to provide each child entering foster care a backpack in which to keep their very own toiletries and possessions.

Since most youth enter the system under emergency situations, most carry what few items they actually own in plastic garbage/trash bags. A very demeaning and inhuman fact that highlights their perception of being both unloved and unwanted. Comfort Cases provides not only a backpack, but a clean pair of pyjamas, a book and a stuffed (plush) toy and personal hygiene items for each child. Psychologically and emotionally, this offers comfort to the traumatized youth.

I thank Jay for his friendship and his consolation. Indeed, bare friendships are worth having. If you haven’t tried nudity, you don’t know what you’re missing!

Author’s Note: This post is offered as part of ReNude Pride’s second anniversary celebration on the 10th anniversary of my friendship with my bare buddy, Jay.