Most of us can recall the 2012 incident where Prince Harry was surreptitiously caught unawares and totally bare (naked, nude) in a hotel room in Las Vegas, Nevada, USA. The entire affair saturated the media for almost a week and earned the ginger royal and naked highness a stern, private rebuke from his grandmother, H. M. Queen Elizabeth II. It seems that nudity was not considered appropriate behavior for a person of his rank and stature as a scion of the Windsor Dynasty. However, no one lost their head in the matter and his grandmother is still queen.

Following the infamous Las Vegas royal “nude-fest” social media worldwide witnessed efforts to show support for the “Bare Prince.” The photos above and below were some posted by British and Commonwealth troops who were fighting in Afghanistan. The Queen may not have been amused but the soldiers, sailors and air personnel were definitely willing to strip and support Prince Harry. The company below actually modestly posed with their regimental standard.

The photos posted on social media following the Bare Prince Incident (BPI) in 2012 were all circulated to demonstrate support for His Royal Highness. He wasn’t the first man to ever “party naked” and he most assuredly won’t be the last. The late Duke of Windsor, formerly King Edward VIII skinny-dipped, in the 1930’s, in the Adriatic Sea with his then-girlfriend, the twice-divorced Wallis Warfield Simpson. He abdicated both his crown and his throne not because he skinny-dipped but due to his intention to marry a woman with two living husbands. Divorce was then strictly forbidden in the Church of England.

Among the current generation of the Royal Family, Prince Harry isn’t the only one who’s appeared bare when it was best not to be. His sister-in-law, Catherine, Duchess of Cambridge, was photographed topless while vacationing in France. Her husband,  Prince Harry’s older brother, H.R.H. Prince William, Duke of Cambridge, filed a lawsuit against the photographer and won both the suit and the injunction having the images banned from publication. A future queen of the realm couldn’t be seen bare-breast in public.

It’s good to see that the Royal Family has a very tolerant view of nudity. They may not like being seen nude, but they, at least, have no objection to actually being clothes-free!

Since Prince Harry’s Las Vegas days are over, it seems that all his youthful indiscretions have been forgiven. Pictured above with his grandmother, Her Majesty Queen Elizabeth II, he is often viewed as one of the more diligent workers of the Royal Family. Keeping to the tradition of his late mother, Diana, Princess of Wales, he travels the Commonwealth on behalf of his grandmother and also plays a leadership role in many charities and organizations. In 2006, he founded Sentebale, along with Prince Seeiso, an orphanage in Lesotho, South Africa, providing home and education to AIDS-orphaned youth. He also founded the Invictus Games, a sporting venue for military personnel affected by their service injuries received in Afghanistan and Iraq.

Along with his brother, Prince William and his wife, the Duchess of Cambridge, he established a charity focusing on mental health issues. Both he and his brother have openly discussed their own problems coping with the death of their mother while in their teenage years. The Bare Prince also is involved with a number of other charities in addition to the ones cited above. 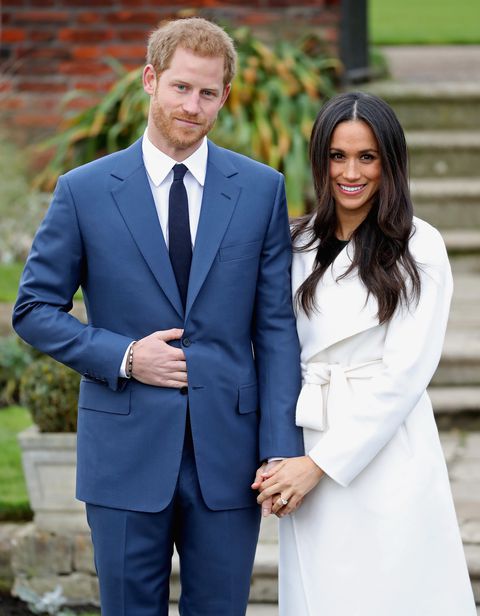 It seems that he has likewise finally found true happiness. He is shown above with his fiancee, Ms. Meghan Markle, an American divorcee and actress whom we will wed this upcoming Saturday, May 19, at St. George’s Chapel, Windsor Castle.

I wish them both all my best as they begin their lives together.

12 thoughts on “The Bare Prince”