In current American usage, the term “the birds and the bees” is a euphemism for sex. Please don’t ask me why, I didn’t invent the language here, so I have no earthly idea. Since birds and bees are unable to mate (procreate) with each other, the mystery only continues to confuse me (and others, I’m sure). After writing all of that, I’m still unclear on the background or history of the expression. However, it does represent the sexual act, especially when parents talk around other non-adults.

I began this week posting about the cocktail Sex On The Beach (see Monday’s post) and I thought since we started the week off with “sex,” it was safe to assume that it would be fine to end the week with the same. Only instead of “the birds and the bees,” we’re going to end it with butterflies. Before I proceed, allow me to remind you that ReNude Pride (this blog) deals with nonsexual same gender loving (gay) nudity. So we’re not viewing anyone engaged in “the birds and the bees!” Which is probably the reason that our gentleman in the above gif is rolling his eyes.

“Another sanitized (non-sexual) blogger posting with these damn butterflies all over me! Bring on those sexy birds and bees!” I can imagine him thinking: Enough of this chastity!

We have to admire his patience, even though his body language tells us otherwise. Imagine just having to sit there with nothing else to do except having a gaggle, or herds, or droves of butterflies resting on your shoulders, chest, face and whatever other parts of his anatomy they’re on. He’s obviously becoming bored but he still persists. Patience and perseverance are evidently among his many abilities.

So back to the “birds and the bees.” In writing this post, I became curious as to the origin of the idiomatic expression. I emailed two colleagues who are professors of English at my university and enlisted their help. One shared with me that the expression itself refers to both the courtship (dating) ritual and for the act of sexual intercourse. She then continued to explain that the “birds and bees talk” is the conversation that parents have with their children that explores what sexual relationships are, how the sexual act is performed and the stages of adolescent development in the human body.

Her colleague then offered to us both this historical trivia: Dr. Emma Frances Angell Drake (born 1849) contributed to the book, The Story of Life, which was published in the 19th Century. In this, she relates to her daughters “…when you discovered the tiny blue eggs in the robin’s nest and I told you wrapped in each shell was a baby robin that the mother was keeping warm…” Later in the narrative she describes the father’s role in reproduction “…and as they go to another plant in search of sweets this (pollen dust) is rubbed off and so the parts of the father plant and the mother plant get together and the seed is made fertile.”

The Story of Life was reprinted 40 times between 1893 and 1930. This may have been repeated enough times to have contributed to the widespread use of the euphemism “the birds and the bees.”

Thank you both very much, Doctors Jekyll and Hyde! Seriously, those aren’t their real names, I’m being facetious and foolish here!

So how exactly did the butterflies get involved? Well, it isn’t that complicated. When I discovered these images on the internet, I immediately thought of the “birds and the bees.” Which started me wondering where exactly did the expression originate that pollinated the idea of this post to accompany Sex On The Beach Part 2.

Since “the birds and the bees” is a euphemism for sex, does the correlation make any sense at all now?

Butterflies are symbolic of both the spirit and the soul. In some religions it also is symbolic for resurrection or rebirth. They can slao represent endurance, change, hope and life. Life begins as a result of sexual intercourse. Therefore, this post is titled: “The Birds and the Bees and the Butterflies!

There does exist a method to my madness! Else, my madness is at least methodical. 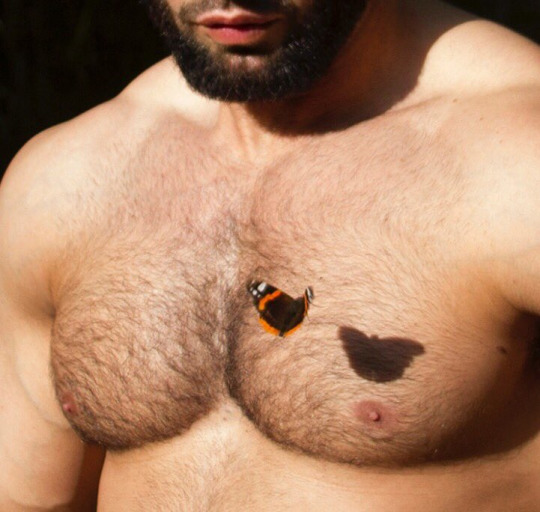 I’m somewhat fond of the idea of my madness being methodical! The butterfly above represents my spirit. It is as mad as I am!