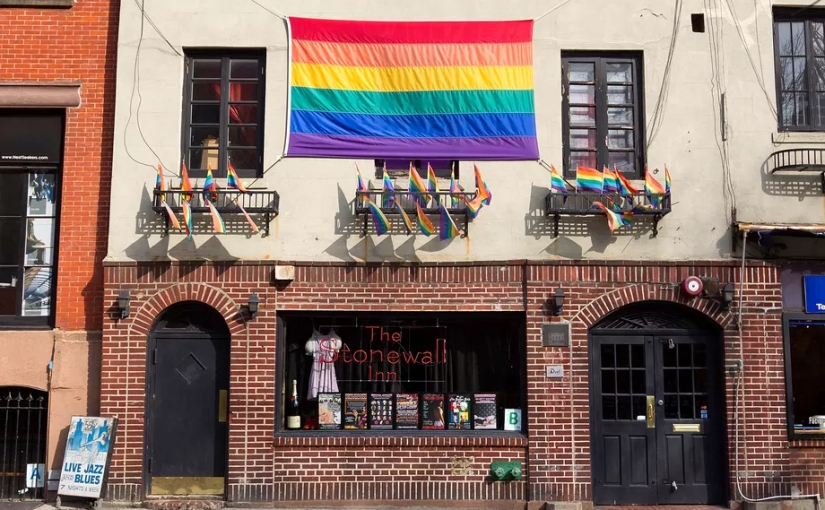 It was exactly 50 years ago today, on June 28, 1969, that the Stonewall Inn riots occurred in New York City, USA. This spontaneous uprising happened as a result of police harassment of the local gay, lesbian. bisexual, transgender and queer (GLBTQ) patrons at the Stonewall Inn and fortunately, the world has changed quite a bit since then. Here in the USA, such behavior by law enforcement today would initiate not only condemnation and civil lawsuits but other legal ramifications as well. I need to insert here that 50 years ago, the GLBTQ community was known by an entirely different label: homosexual. That label wasn’t always complimentary. 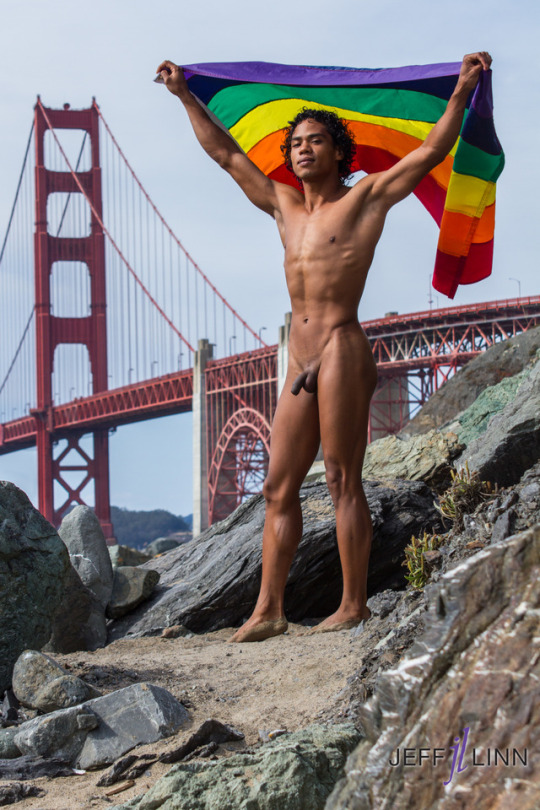 The rainbow flag didn’t exist as a symbol of GLBTQ pride and community back in 1969. To be honest, 50 years ago there wasn’t even the concept of a GLBTQ community and much less of a movement or a struggle for equality and for basic human rights. Those who rioted by taking to the streets in 1969 did so as a means of protesting their constant discomfort and oppression by not only law enforcement but by the government (local/municipal, state and the federal) as well.

The Stonewall Riots are recognized as the “birth” protest of the movement for the equality of the same gender loving people throughout the world. The original riots were focused entirely on the actions and behavior of the New York City government and police. However, as the news of the protests spread around the world, their public reaction inspired same gender loving people all over the world to begin asserting themselves for equality and freedom from oppression.

The Stonewall Riots are the major reason that the month of June, annually, is considered  Pride Month here in the USA. The first anniversary of the riots, in June, 1970, the occasion was honored with a parade in New York City that later became known as the GLBTQ Pride parade.

“Openess may not completely disarm prejudice, but it’s a good place to start.” 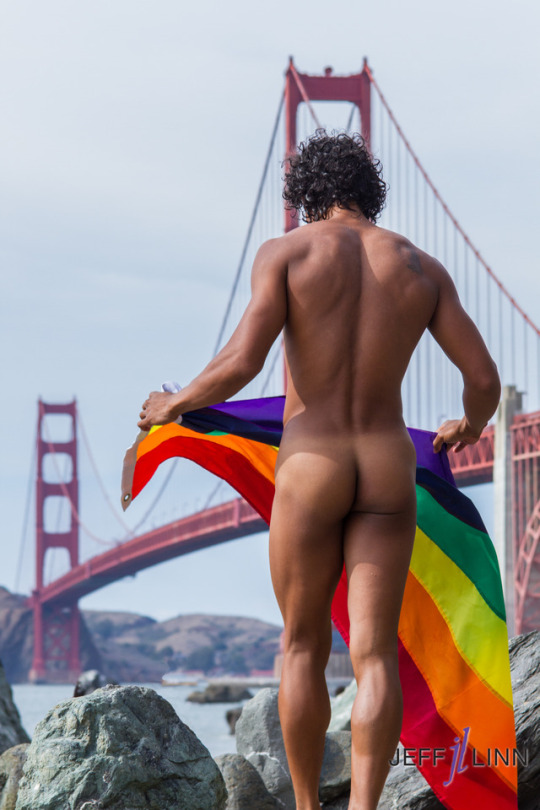 There are some who argue that the Stonewall Riots were a preconceived plot by the Homosexual community (homosexual: a relatively antiquated label that was used to identify the GLBTQ community long before GLBTQ became the preferred label) to somehow force the law enforcement to further their oppression of their own people.

The very idea of such a conspiracy is a false and unrealistic concept. Prior to the night of the riots (June 28, 1969) there was virtually no coordination of activities between the homosexual men and there lesbian counterparts. Plus, there was practically little structure to the bisexual members. Cooperation between the various same gender loving groups didn’t exist prior to 1969 in any recognized fashion. Each community was left to fend for themselves.

Secondly, none of the original rioters had any sense of what was going to happen next. Each of them simply followed their own judgment and hoped that the reaction to their anger and frustration somehow offered a solution to the blatant police disregard of their civil rights and freedoms.

The above pictures are of the original Stonewall Riot that happened 50 years ago today.

Those who participated in the Stonewall Riot of 50 years ago had some experience in confrontational protests. They grew up in the era of the Civil Rights demonstrations for racial equality, during the time of the Vietnam War protests and the protests for gender equality. They weren’t entirely alien to survival while venting their beliefs and emotions.

This experience with demonstrating for civil rights and political equality enhanced the early assertion protests for the GLBTQ community. The human process of “learning from the mistakes of others” enabled the rising leadership to make plans for protests using the successful strategies applied by other organizations.

The struggle for equality, freedom and tolerance of the GLBTQ people is largely due to the anger, efforts, energy and frustration felt by the original protestors on June 28, 1969. Those of us who enjoy the benefits of living our lives without secrecy, shame and fear of arrest and imprisonment owe quite a bit to those who first took “to the streets” to express their outrage with the status quo. Even though it took almost 50 years for us to reach where we are now, the struggle was not in vain! 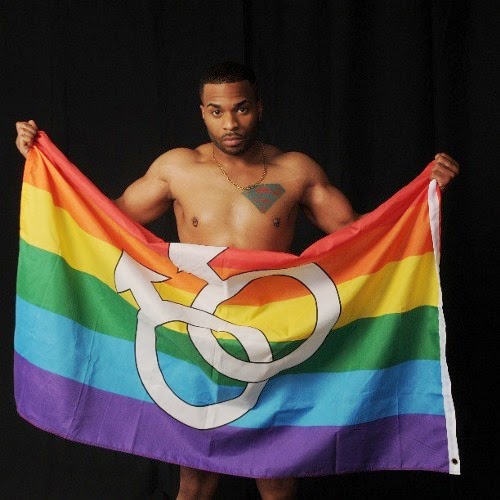 This year, here in the USA, there has been an ongoing popular debate stemming from a group of extreme right-wing fundamentalists and other supporters of the current presidential office-holder planning to convene a “straight pride” (i.e. heterosexual) event during the month of August, 2019. The activity is planned for the Boston area in Massachusetts, USA. The organizers promote the ideal that the “normal” people in this country are continually finding themselves hindered and shackled by all the rest of us. Their “rights” are being reduced through the empowerment of other minorities.

In some ways, their assertion resembles the complaints of the very first Stonewall rioters back in 1969. The original Stonewall rioters felt that their rights were being ignored and denied because of who they were attracted to and loved. As a minority group, they were being oppressed by the overwhelming majority of their fellow citizens. The similarity between the two probably ends there. The severe differences between the two philosophies begins there and continues onward.

The majority of the persons for whom the “straight pride” is designed for never had to struggle accepting themselves. They always thought of themselves as “normal” and felt no need to try to project themselves as anyone except who they really are. In their minds, they’ve never felt it necessary to conceal their true feelings or desires from anyone else. 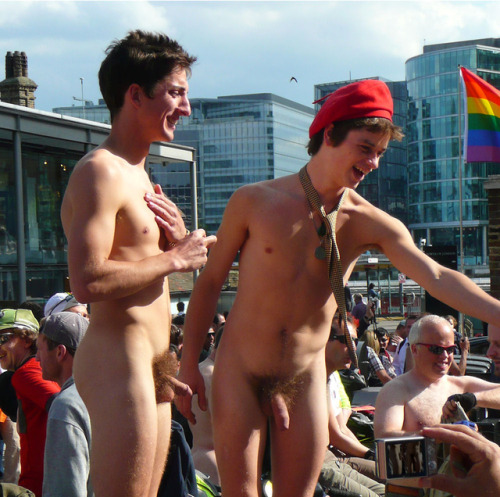 Recently here in the USA, two openly same gender loving men and a transgender woman were murdered in Detroit, Michigan. In Atlanta, Georgia, another gay man was shot to death. Law enforcement statistics have shown a steady increase in sexual orientation hate crimes committed throughout this country since 2014. A majority of our GLBTQ community proudly celebrated the arrival of marriage equality in our country. However, murder equality was most definitely not one of our goals.

Earlier this month, the vice-president of this country, a rampant homophobe, proudly defended a State Department directive that rescinded the practice implemented under former President Barack Obama that allowed U. S. embassies abroad the fly the rainbow flag under the U. S. flag during the month of June. The vice-president has remained very silent about the increase in violent behavior against GLBTQ persons but can be very supportive of restricting any recognition of our communities achievements.

Despite the progress that our community has made during the last 50 years, our GLBTQ community still feels the need for a pride activity to empower ourselves. The rising physical assaults and death counts that our people suffer support the necessity of continuing our pride events.

As gratifying as marriage equality has been, it didn’t eliminate the discrimination, hatred and stereotyping that are still often inflicted on our community. To demonstrate this point, all that we need to do is to look at the number of faith communities that continue to prohibit same gender marriages being performed within their churches and by their clergy. If it is legal, then why deny it? 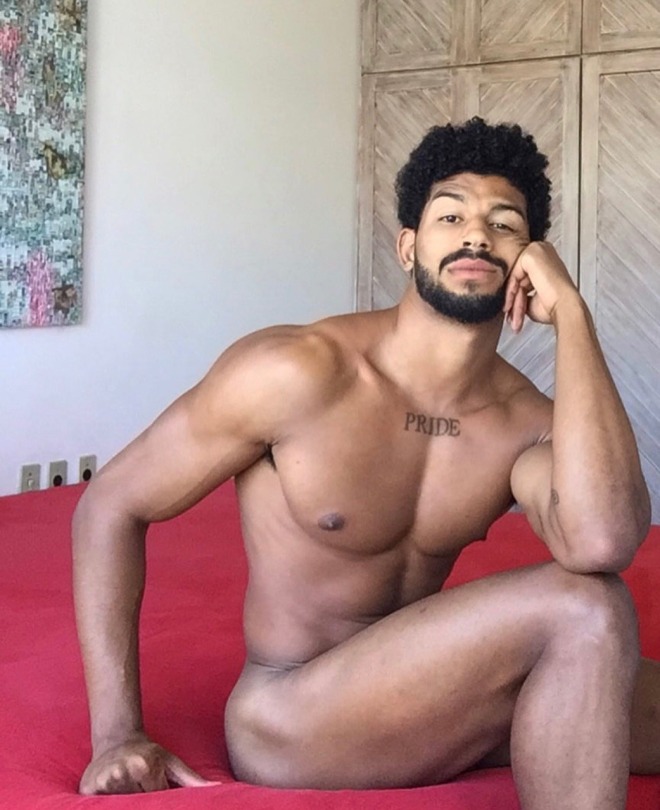 Until everyone can accept and respect persons who are different from themselves there is a serious need for all of us to ensure that we are all equal. Legality grants us all equality but it doesn’t change the attitude and behavior of everyone. Those are concepts that should be instilled into all of us from the moment of our birth.

I personally have no objection to the holding of a “straight” pride event. Let them have their occasion and enjoy themselves. However, their responsibility includes the ideal that they cannot espouse hatred or violence toward others that they may perceive as different from themselves. Everyone – all of us – have a natural right to be proud of who we are!