Author’s Note: This post is the second installment of a true account of my friendship with my best bare buddy (BBB), Jay. The first of this series published here one week ago, January 5, 2018, click the title to view: Bare Friendships, Part I. This series is a part of my first anniversary celebration of  ReNude Pride.

The true saga of the unusual beginnings of one of my best bare practicing friend, Jay. This tells the story of our misadventures while having to wear clothes, after initially meeting when we were both bare.

Before Jay and I left to get dressed, we exchanged contact information and promised to get together again outside of the “nude cocktails” surrounding. We both expressed to each other how relaxed we were in the other’s company. Our intention was to meet at the bar entrance and walk outside together, but as the event crowd all tried to get dressed and leave at the same time, we became separated in the mob.

I’d left my PDA at home that day rather than risk losing it at the party. Once I hopped on the subway, I sat and drafted an email to send to Jay when I arrived home. As I walked into my apartment, I instinctively picked up my communication device and discovered a number of text-messages from Jay, asking what had happened to me. I responded to his messages and explained that I was in the process of sending him an email.

Throughout the following week, Jay and I were in constant communication, via texts or emails. It was obvious for us both that we needed to get together again. We were seriously interested in exploring friendship and sharing our interests beyond just our nudity preference.

We discussed lunch the next Saturday after our initial meeting but both of us had errands and tasks that conflicted with that possibility. The upcoming inauguration of then President-Elect Obama made scheduling difficult because Jay had family coming to Washington for the event and I had Alex, my identical twin brother, arriving to spend the weekend with me. We mutually agreed to wait until after the historic occasion to decide on our re-connection. 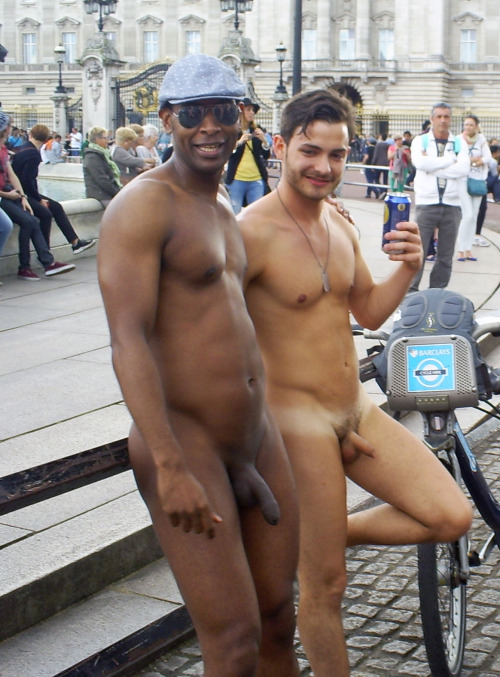 The Saturday after Jay and I first met, I was off doing my errands, as was my new friend. We had exchanged texts earlier that morning over what our respective day entailed. Both of us had mentioned that we needed to go past a bookstore, but, since Jay lived in Washington, D.C., and I lived in Arlington, Virginia, I had simply assumed our paths wouldn’t cross.

By mid-day, I had finished most of my necessary stops and decided to treat myself to a “break” in my errands and stopped into a Border’s bookstore near my condo. I had several gift cards and wanted to explore what titles were available. Mentally, I reminded myself that I could afford to take an hour off from my scheduled tasks and browse the shelves to see if anything caught my attention.

After spending more than an hour shopping, I got in line to make my purchases. It was after the winter holidays and I really didn’t expect the wait to be that long. That was a mistaken assumption on my part. The line wasn’t all that long but it was slow moving and it took me more than a half hour to finally reach a payment register.

As I was exiting the bookstore, a very tall man was entering. We made eye contact and I remember thinking to myself that he looked pleasantly familiar. I sensed the same from him. As a matter of fact, once we had passed one another, we both simultaneously turned around to get another look. It was very uncanny.

Once I got into my car, it suddenly registered to me why the guy I’d just passed looked so familiar. It was Jay! I immediately got out of my vehicle and jogged back to the bookstore. I unsuccessfully searched all the aisles in the store, both levels, to see if I could locate my new friend. I couldn’t believe that I failed to instantly recognize him!

I returned to my car, again, and immediately sent Jay a text message, asking if he was at the bookstore near my home. He replied that he had been but was now on his way back into Washington. He asked if I had been there. When I answered that I had, he sent another message that he thought he passed me as I was leaving and he was arriving.

I responded that yes, it was me and that I was unsure that it was him. He then summed up our confusion: “I’d never seen you in clothes before. You looked heavier than I remembered.”

That  simple  message nailed it! It was much colder out than it had been the previous week. We were both wearing thick winter coats, hats and scarves. The illusion of clothing distorted our familiar images of one another.

Since that day, we have remained friends and still laugh over our “textile” (clothed) misadventure!