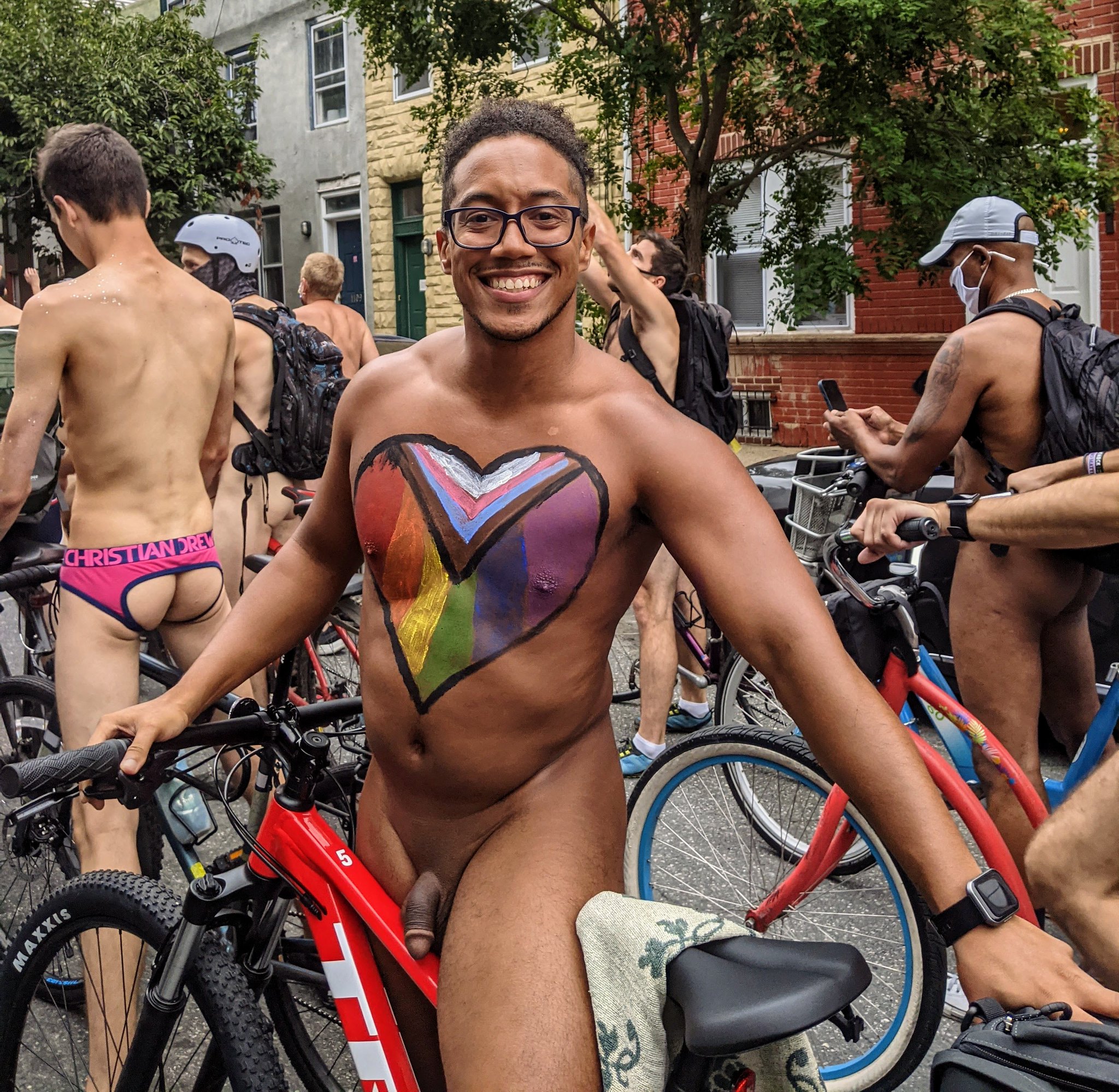 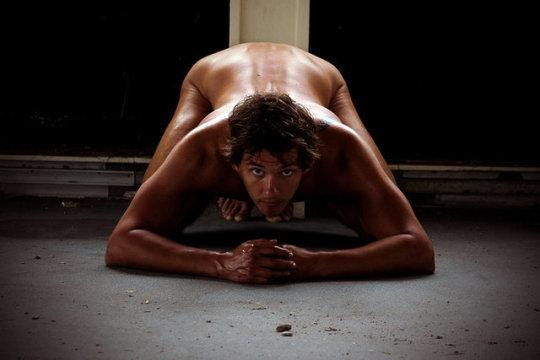 Those of us who are bare practitioners (naturists or nudists) have enough common sense to know that it isn’t possible to be clothes-free outdoors all year long. Even those who live along the Equator, where the air temperatures rarely fluctuate, have to contend with other factors such as precipitation and wind. Both indoors and outside, our human bodies are able to offer each of us a reason to be confident in who and what we are, bare members of the gay, lesbian, bisexual, transgender and queer community (GLBTQ)! 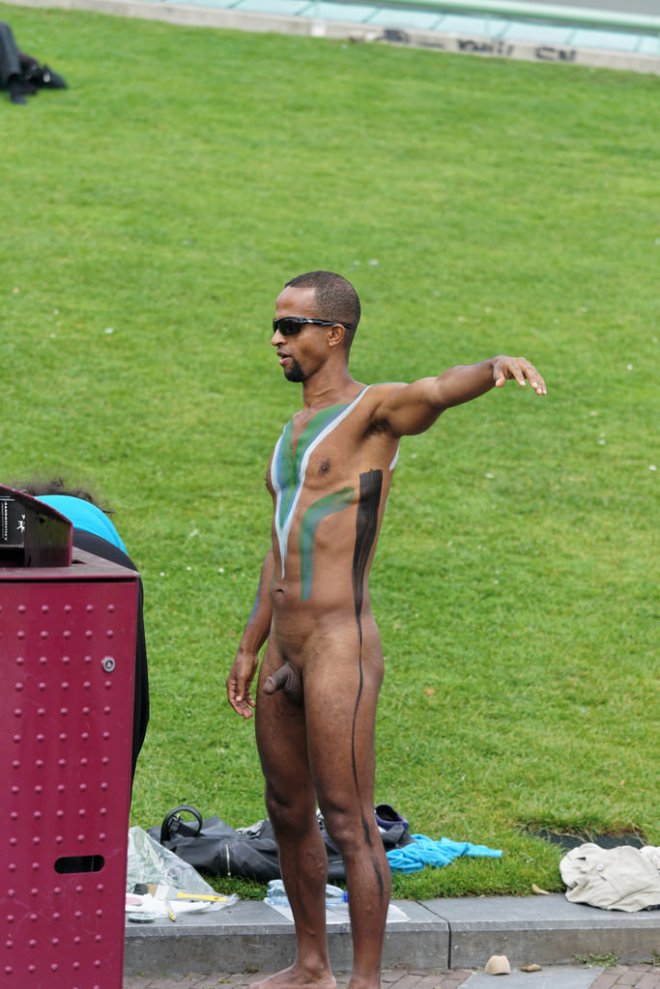 “Body shame, like prejudice, is not natural. It is learned from others and benefits no one.”  ~  Be Nude Today ~

We not always know what the people in photographs are truly supposed to represent. Sometimes that is known only to the photographer. We may offer an opinion as to what we believe the situation to be, but that is merely speculation. It’s nothing more than us projecting our own fantasy and whim onto the image.

In the above picture, the guy is facing in one direction with his arm extended. Is he weakly directing others in a particular direction, or is he instead trying to hail a taxicab? If he’s in a relay race waiting for another team member to pass him the baton, he’s not in an anticipatory stance. 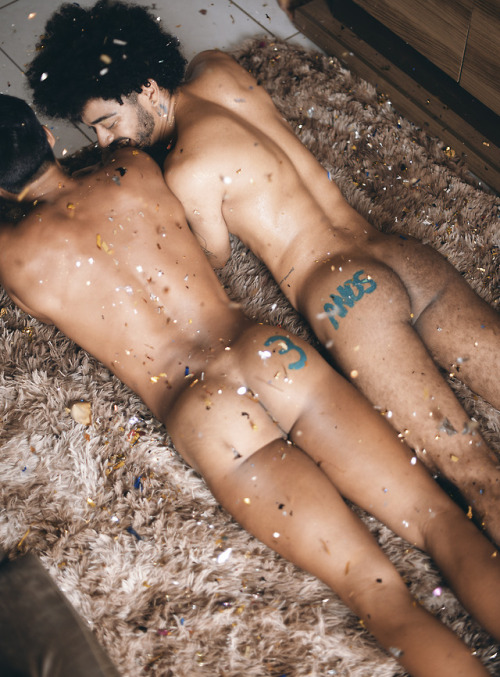 The photo above is confusing as exactly what is littering the two guy’s bodies? Is it the cake-decorating topping, sprinkles or is it confetti? Given the facial expression on the one man’s face that we can see, it probably is a happy occasion. The next question is, what were they celebrating? 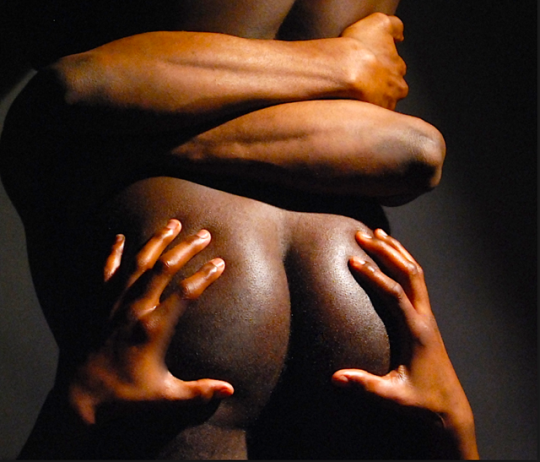 The picture above? Well, to be safe, I’m not even speculating on what the photographer hoped to convey; however, I think it is certain that the subjects enjoyed creating this scenario. Whatever the intended message, let’s hope they all had fun! 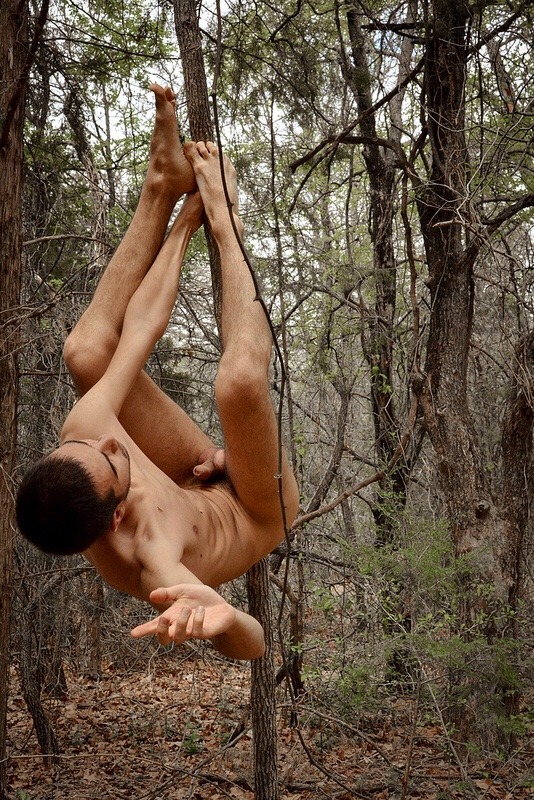 An Autumn scene or a winter’s day? The forest is barren, the leaves are on the ground and it seems to be a dreary (overcast) day. Is he climbing up or sliding down? Only he knows and we haven’t a clue. If he is really sliding down the tree or vine, as a precaution, he should be wearing a helmet on his head!

Is he walking away from something or is he heading towards something? We’ll never know for sure but judging by the confident stride, being seen without clothing definitely isn’t an issue for him. However, should his destination require covering before he’s allowed to enter, he does have that contingency taken care of: he’s got his apparel in his hands. Obviously, he’s not ashamed of being bare! 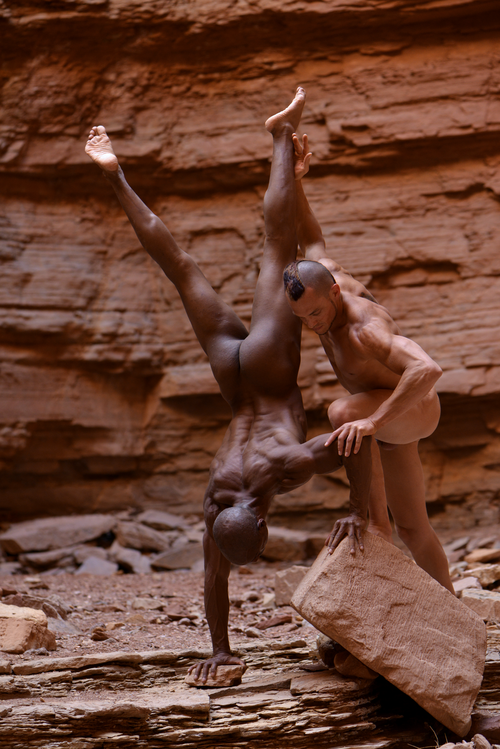 On first glance, the duo above appear to be laying the foundation of a rock garden. On closer inspection, why would a rock garden be placed in the middle of a rocky canyon? Evidently, they’re simply posing in a “photographic moment” in order to create a scene to celebrate nudity and the agility of the human body. We can only be curious as to what the photographer was actually thinking.

Which brings us to the demented mind who designed the memorable moments above. The picture below represents our photographer. 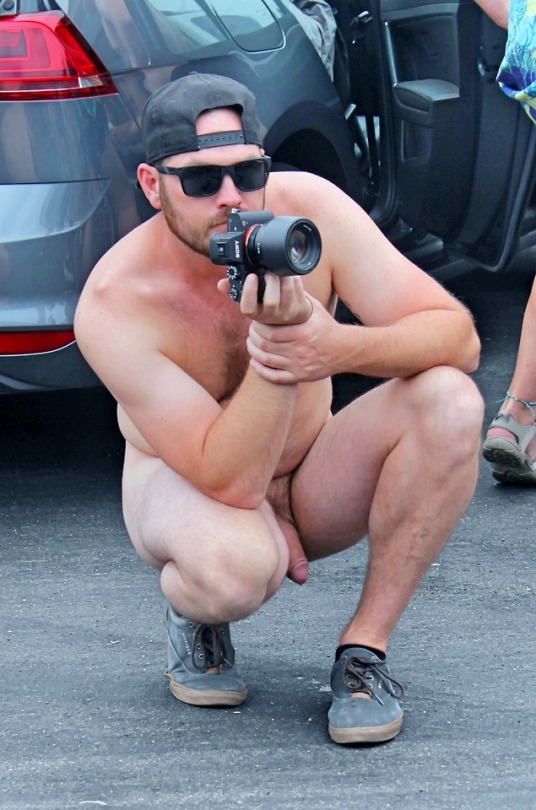 He looks almost like an ordinary man except for the fact that he’s wearing shoes on his feet. I’m certain this is done to protect his tender feet from injury by careless debris; however, if you’re taking photographs of others proudly bare, at least be that way yourself. None of his subjects are wearing shoes so why should the photographer prove to be the exception? I’m a firm believer in leading by example.

8 thoughts on “Bare Proud and Ambiguous!”